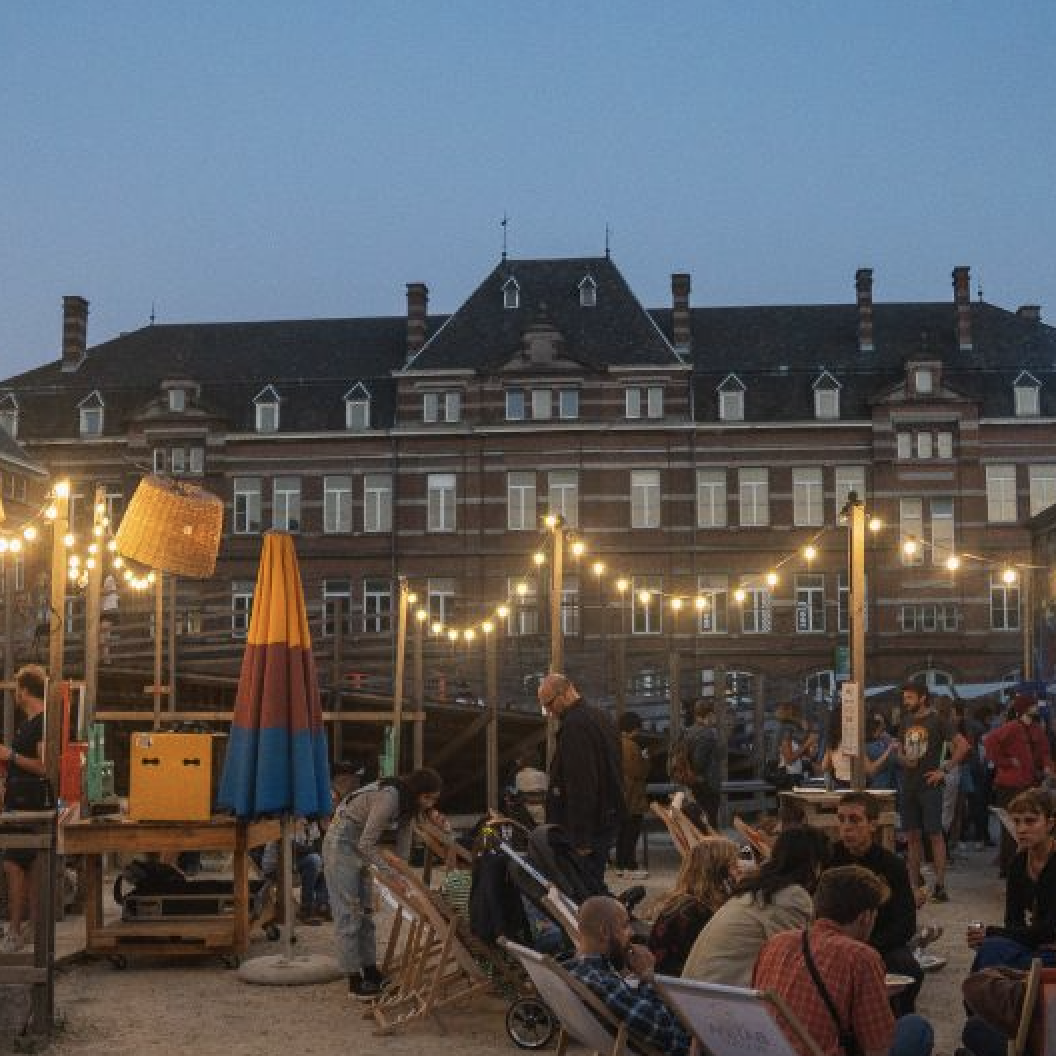 New summer at See U

The transformation of the former Fritz Toussaint barracks into an open, mixed and multifunctional district has entered the concrete phase. The first conversion project for the emblematic buildings has been launched by the ULB and VUB universities. Others will start this autumn, including the conversion of the former Manège and the redevelopment of public spaces by the Société d'Aménagement Urbain (SAU), which is coordinating Usquare.brussels. This involves the progressive reconfiguration of See U. The departure of temporary occupants, the See Users, has therefore begun, as planned. However, the SAU has asked See U to organise a final season of activities, compatible with the new constraints inherent in the works, until the end of summer 2022.

☀️ A summer turned towards the neighbourhood ☀️

Once again this summer, we promise you a neighbourhood-oriented programme. On the programme: a guinguette open from Wednesday to Sunday; the Meet U programme for the neighbourhood (Quartier en Feest, Tous Fritz, etc.); sports tournaments (pétanque, beach volleyball, darts, ping pong); family activities (children's workshops, play area, live arts show) and the return of the open-air cinema!

🛠 Saw U " dismantling the Velodroom "🚲

The dismantling of the Velodroom has begun! The challenge is to perpetuate the spirit of See U beyond the temporary occupation: by creating sustainable businesses and projects; by initiating meetings and collaborations that will extend beyond the temporary occupation. The Velodroom, too, will spin off after its deconstruction, and its materials will be re-appropriated by its users.
➡️ Part of the Velodroom will be transformed into an agora to welcome the public during open-air cinema, concerts, performances ;
➡️ The rest of the wood will then be transformed into small site amenities throughout the summer ;
In this way the central area of the site will open up to new activities, family and sport oriented, while the Velodroom will leave the site, in multiple forms.

The See U and SAU teams will offer to look back on this extraordinary temporary occupation during a day of restitution. This feedback day will be organised around three moments: a round table to share and evaluate the See U experience; the presentation of a book of photos; and a festive moment of encounter programmed by the See Users.

Wednesdays - Focus Music Box concerts, which for the past two years have been bringing young emerging French and Dutch-speaking Belgian artists to the See U stage;
Thursdays - Out of office will this year feature young Belgian DJs and Brussels vinyl shops. The Feed U organic market will also be present.
➡️ F ridays - Barbecue at See U and neighbourhood showcase: in addition to Quartiers en Feest and the Roller Together, there will be dynamic and participatory activities, such as an open acoustic stage. It will also be the return of Kinopenair.
➡️Saturdays: sports tournaments of pétanque, molky, darts, volleyball... In the evening: See U will leave its stage to the cultural actors and collectives of the surroundings who will propose concerts.
➡️ S undays - Markets, vintage markets, flea markets, plant markets, etc. Activities for children. Live art: shows, workshops, magicians, storytellers...