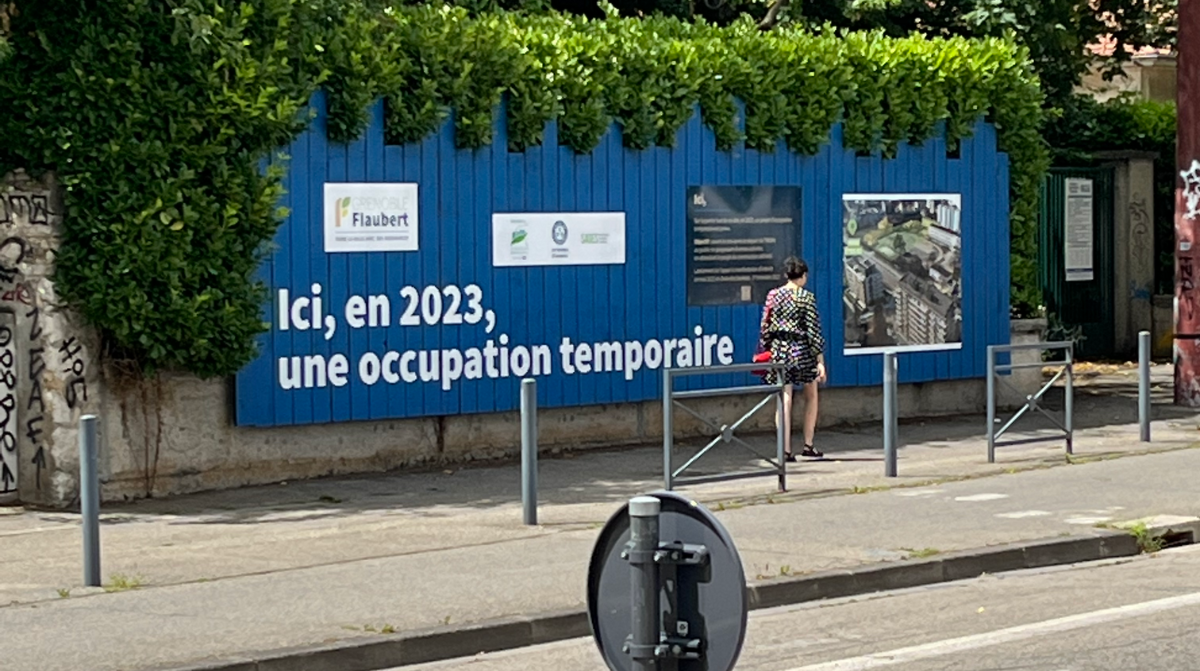 While waiting for the deconstruction of certain existing buildings to allow for the creation of the new "Berthelot-Zola" block, the City of Grenoble and SAGES, the developer of the Flaubert EcoQuartier, have decided to open the doors of this site to the general public by making it available for an innovative transitional occupancy project for a period of 4 years (from the beginning of 2023 to the end of 2026). Located in the north of the EcoQuartier Flaubert, between the city center and the Villeneuve de Grenoble, near the MC2 and the Bifurk, the project concerns the buildings formerly occupied by the Institut National Supérieur de Professorat et de l'Education (INSPÉ ex IUFM).

In order to coordinate this project, the City of Grenoble and SAGES have launched a public contract to appoint a coordinator-animator for the site, who will be responsible for a threefold mission of coordination, stimulation and animation. The main content of this mission consists of :

- Coordinate and support future occupations of the site by ensuring overall consistency;

- To propose specific and varied projects and activities throughout the year in the buildings and outdoor spaces, while respecting the history of the neighborhood and the environment.

pali pali (https://www.pali-pali.com/), a gas pedal of cultural, social and solidarity projects, has been selected and will organize the temporary occupation of the INSPE Grenoble site over the next few years. A recognized figure in temporary occupation in Belgium, pali pali will operate its first temporary occupation project in France in Grenoble. The program includes a third-party space that brings together several complementary activities in the same area: production spaces, cultural and social activities, sustainable food, etc. The occupants will be selected through a call for expressions of interest currently underway. They will be known at the beginning of 2023.

Create a new friendly space in the neighborhood

The objective of the project is to create a new convivial space in the neighborhood, thanks to its social and inclusive programming. This occupation will test and prefigure the uses of the future district and will feed the definition of the final project. It foresees an opening of the site to the public, and an involvement of the neighbors and actors of the surrounding territory in order to reveal the intensity and the identity of the district.

For the new manager and its founder Edouard Meier, "pali pali is very enthusiastic about the idea of creating a new place in Grenoble. Our ambition is threefold: to group together several complementary activities, to offer a mediation and reception center for the neighborhood.

For Yann Mongaburu, City Councillor for Tactical Urbanism of the City of Grenoble, "after the Volets Verts, at the Abbey, the City of Grenoble is proud to be able to count on the recognized experience of pali pali for this second major project of transitional urbanism. By offering new resources to cultural, social, sustainable food, health and hospitality ambitions, this experience will open up an exceptional site that was previously closed to the people of Grenoble and feed the future of the Flaubert eco-district project."

For Philippe Cardin, Chairman and CEO of SAGES, "this is the first tactical urban planning project of this scale for SAGES. We are developing our practices to feed the reflections of the final project and thus bring to life places awaiting the development of the urban project".